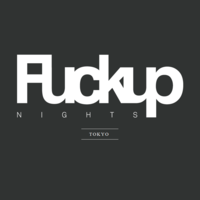 Impact HUB Tokyo is proud to present Vol. II of FuckUp Nights Tokyo! After the success of the first volume, we strive to make the second volume even better. If you are ready to hear some great FuckUp stories about business failure and would like to meet some cool new people in a casual setting with beer and pizza, then we will see you on Thursday the 25th of June! Make sure to get your prepaid ticket now and save a 1000 yen!

What is FuckUp Nights?

FuckUp Nights is a global movement that started in Mexico in 2012 and has spread to +100 cities in more than 35 countries around the world. The concept of FuckUp Nights is simple: breaking away from the stigmas surrounding (business) ‘failure’. The lessons we can learn from failure are often more valuable and interesting than stories about success. The majority of startups and professionals don’t create ‘the project of year’ on their first attempt, yet we rarely hear about their failures in books, magazines or at events. FuckUp Nights wants to change that by organizing events where people are able to come together, network, share, learn and celebrate stories about business failure.

We would like to invite all (aspiring) entrepreneurs, freelancers and professionals who want to hear, share, discuss and celebrate stories about business failure. We want to offer you an opportunity to freely discuss the concept of failure, and learn from others' experiences; all in a casual setting with beer and pizza. This will be a great opportunity for you to meet new like-minded people and discuss the things you do usually not tend to share at other events.

The Fuck Up Nights Event Format

The format of every FuckUp Nights is simple: 4 people take the stage to share their FuckUp stories, followed by a Q&A, and ending with time to network. The presenters tell their story through 10 images, each projected for exactly 40 seconds. The stories are always structured in the following way:

Adi is the co-founder of Paradigm Shifters, a Tokyo, Munich and Vancouver based leadership development company, bringing conscious leadership through coaching, workshops and culture change programs to the business world. Adi has been living and working in Japan since 1994. He is an entrepreneur since 2001 and currently in start up mode with his 5th company.

Adi started his first company in 2001 in Germany. The consulting company lasted 3 years, had about 100 employees and freelancers under contract and created a textbook for all kind of FuckUps. It started with a company name that Adi made up in his mind and sounded pretty elegant and intellectual in English, but right at the meeting with the notary for the registration of the company, the vocalized German version of the fancy company name sounded like garbage, literally. Right there Adi learned his first lessons in entrepreneurship. Another epic FuckUp story was when EUR 125 million evaporated within seconds. More about all of that during FuckUp Nights Tokyo Vol. II.

Takamitsu is a programmer and the founder of Goldrush Computing Inc., a Tokyo based tech consultancy company. He started his career at Sony Ericsson Mobile Communications where he took part in the development of 3G, Symbian and Android mobile phones for the global market.

In late 2009 Takamitsu started to prepare the launch his own company. He rented an office, bought furniture, looked for a co-founder, set the salaries for his employees and took out social insurance. All the preparations seemed to be going well, but he ended up burning all the money he had saved up during the first year of running his business. So what happened? Well, he will share that with us during FuckUp Nights Tokyo Vol. II.

Shino is the co-founder and director of Impact HUB Tokyo. She is passionate about entrepreneurship and change-making leadership that creates positive disruption in society. Before becoming an entrepreneur herself in 2012, she had been a consultant who connected social enterprises with multinational companies in order to establish scalable social businesses. She had also been a writer, advocator, catalyst, and journalist in the field of social innovation, and has experience working in an NGO, corporates and finally establishing Impact HUB Tokyo.

Shino went through some tough times when she launched Impact HUB Tokyo. Initially the concept of creating Impact HUB Tokyo sounded very attractive to her, and she thought she would be able to create it with a lot of support. However, a few months after she contracted the lease agreement with landlord, she was left alone with big debt, as her 3 other co-founders left her team. In addition, she also lost the support from her initial stakeholders and discovered that she had only 1800 yen left in her personal bank account.

Want to know more about us? Check out our website: http://en.hubtokyo.com/